After coming second in the county champs, I have been selected for the Warwickshire Cross-Country team to take part in the Inter-Counties Championships which are on 24th Feb somewhere near Nottingham.
Posted by gg at 26.1.07 No comments: 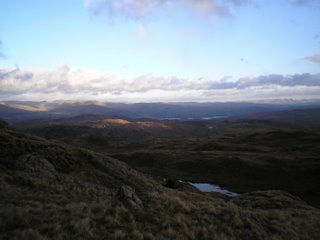 I haven't updated my website for over a month for various reasons (away/busy/internet broken), but I have been pretty busy and had, for the most part, a good December and January.
Christmas
I spent Christmas with my parents in Woking, and did quite a lot of training in the forests around Guildford and Aldershot. I did a lot of running with Dave Rollins, and also Jez Edwards.
Liis went home to Estonia for Christmas, but she came back in time for New Year, and we went to a party in central London.

Long-O
On 30th December, the British Army OC hosted the 3rd 'Round Aldershot Long-O' with bike and foot orienteering on a number of areas linked together by footpaths. I did the longest running course, which was about 18.5km (although I measured it as over 20 with GPS), of which maybe 1/2 was in terrain, and the other half was paths and fields. I really enjoy this event, having run the first one last year asa well, and while there is not an elite field, it is a good opportunity to do a nice long race at the end of the year. I won easily, but I had a good race at the end when I caught Rob Little up and we were running head to head for the last 5 km.
Results here

Cross country
On January 6th, I ran in the Warwickshire County Cross Country Championships. I had no expectations as I didn't know how strong the field would be, but I was hopeful of a top 8 finish to make the Warwickshire team for the Inter-Counties XC. The course was mostly flat, but very muddy, and in places we had to run through knee deep mud across streams. There was also a short steep hill (maybe 25m climb) which we had to run up and down 3 times.
I ran strongly from the start, and found myself in the lead pack of 4 runners after a few hundred metres. After 1 lap, one of the group dropped off, and the leader upped the pace. The other runner stayed with him for a while but then found the pace too much and droppe back to run with me again. I ran in 2nd/3rd for a while, but gradually pulled away. I was especially strong on the downhills compared to the other runners and eventually finished 2nd, which is my best XC achievement ever, and my team came 3rd.
So hopefully I will be running for Warwickshire later in the spring.
Results here 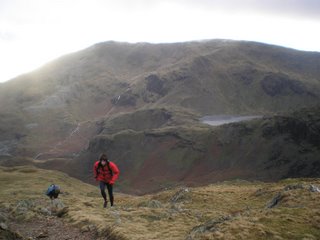 Straight after the xc, I drove up to the Lake District for 8 days training in some amazing terrain (see maps). The camp was a mixture of GB team runners, top juniors, some foriegn national team runners, and some keen elite and close to elite runners (ie. open to anyone). We did technical training twice most days, and people also went climbing, running in the mountains and night orienteering. The camp was supported by the GB Team, and all the planning was done professionally by Martin 'Bilbo' Bagness. 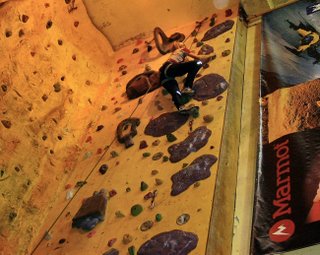 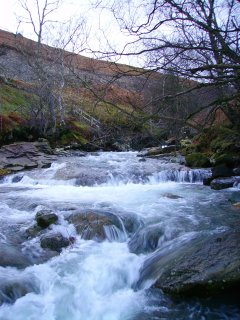 On the best afternoon, we took the opportunity to get up into the mountains. 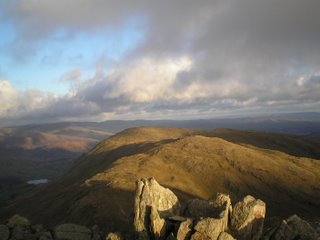