This year, after 5 years with IFK Lidingö, I have decided to change club and run for IFK Södertälje-Nykvarn Orientering. It was a tough choice, as I have had some excellent years and made some good friends with Lidingö, and experienced racing at the highest level in some big competitions. The best memories are winning Smålandskavlen last year, and 7manna the year before, and coming 4th in Jukola in 2008. We also had quite a few races where we did not achieve our potential too.
I lived in Lidingö for 2 years, and it was a great experience, but the last 2 years I have been living in Sheffield. Now I have again decided it is time for a change as I am coming to the end of my masters degree, and I am moving to live in Södertälje in April. I will work part time for Scania, and try to improve myself as an orienteer in a really good training environment. Team Scania and SNO will provide some great resources to aid me in my preparation for national and international success. I am looking forward to training with, among others, World champion Matthias Muller and my GB team-mate Scott Fraser.
So thank you to all in IFK Lidingö for making the last 5 years so good, and watch out in 2011 for the SNO team!
Posted by gg at 20.3.11 No comments:

I went to Portugal for 9 days with some British boys and some of the SNO guys and girls to get in some nice training in the sun, but as when I left I could not run, I wasn't hopeful so I rented a bike for the whole trip.
I ended up being able to do some running, and by the end of the trip, I even ran a middle distance quite fast. I did do a LOT of cycling though, and I really enjoyed it - hundreds of km around small roads in lovely rolling hills, mostly in nice weather. The highlight was a 100km from Vale de Seda to Evora.
Day 3 of POM (WRE) - cruised around, a few mistakes 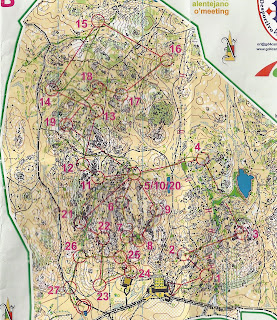 Day 2 of POM, jogged round, lots of mistakes! 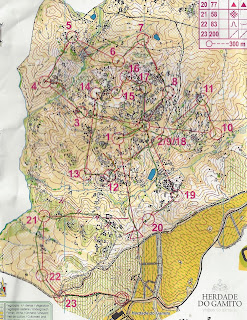 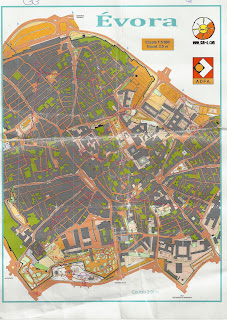 SNO camp night champs, 2nd place after M. Muller. Pretty happy with my run - 31mins for 7.2km in the dark! 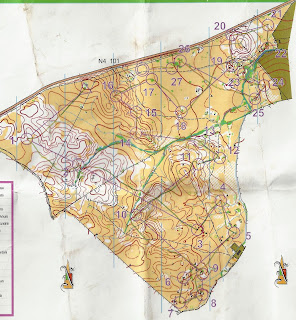 WRE middle distance - raced this one and was doing ok until I got tired in the end and started making a lot of mistakes. 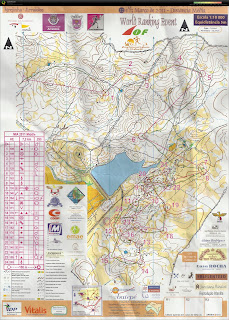 I did a lot of training in Portugal, but I did a little too much, and unfortunately I got a cold on my return to UK. This weekend I planned to run British Student champs, but I decided with my cold and my foot injury, that a 60 minute race in rough Scottish terrain wouldn't be the best bet.
Instead, my club put on 2 events around Sheffield, so I took part in both - an urban race in Hathersage in the Peaj District, and a middle distance on a new, really interesting and unique map called Hugset - I had quite a good 'race' but I wasn't running very fast, just a couple of small mistakes (it was really technical!) 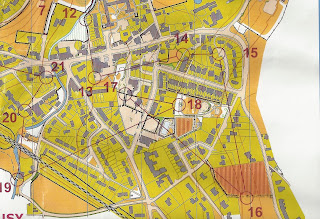 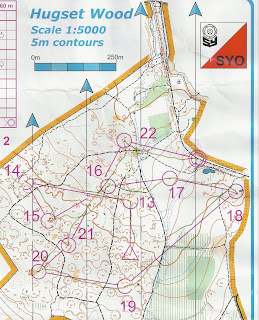 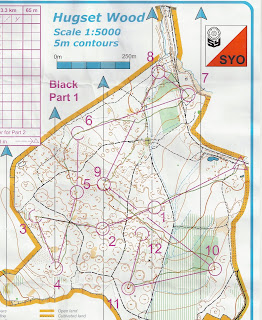 I now have 3 weeks until the British Sprint and Middle championships in Brighton, and then I am moving to Sweden, to run with my new club, SNO.
Posted by gg at 20.3.11 1 comment:

2011 has been a frustrating year so far. I have actually trained quite well, it is just that 90% of that training has been on the spinning bike. I started running again after my foot impalation about 2 weeks ago, slowly building up to running a little each day. On Saturday I decided to test if I could run fast, so I entered the local weekly 5km park run. It felt so good, that after I ran 5 times 3 minutes fast as well. So it was my longest and fastest run since the injury, and it felt good. However, the next day I woke up and I could hardly walk for pain in my other foot!
It seems that I have some sort of compensation injury in my previously good foot, and I have stiffness in my plantar fascia and an inflamed tendon. Basically that means I am back on the spinning bike, and unless there is rapid improvement, Portugal this weekend is looking unlikely.
Posted by gg at 1.3.11 No comments: