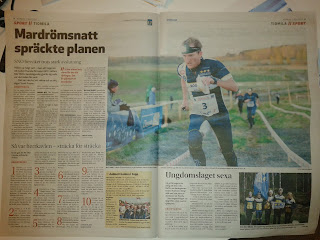 It has been a while since my last post - more than 4 months! That is partly due to work/training etc, but mostly down to laziness.But now it seems like I have some time to write as am sat in bed with flu.
Since Kenya the main themes have been:


So what now? I have to take a really good look at my life and see what I can change to try and stay healthy, and combine that with work and preparations for WOC. At least when you are injured you can cross train - being sick is far worse in my opinion - you feel so helpless. WOC and SM last year feel a long time ago...

Watch my tiomila tracking here
I have been writing in my training diary almost every day here
I have a map archive here, but I haven't been very good at updating it, but I promise to try harder
Posted by gg at 4.6.12 No comments: