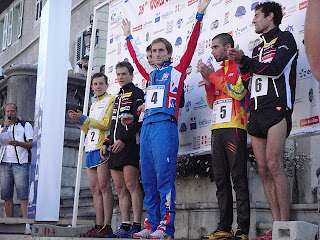 So World Orienteering Champs is over for another year, and I'm back home in Södertälje. After a tough spring, I had to readjust my goals for WOC, and my main aims were to perform to the best of my abilities regardless of positions. I managed to do that in both the Sprint and Middle distance finals, taking personal best placings of 4th and 11th, making it my best individual World Champs ever. I started conservatively in the middle distance, slightly fearful after watching the start of the long distance, but perhaps it was a good thing, allowing me to get into the map, and have a really strong last 2/3 of the race. I was slightly frustrated to be 1 second outside the top 10, but there is always next year!

The relay was obviously a disappointment. After 4th place last year, we had ambitions to fight for a top 6 again. Matt had a really bad day on first leg. It happens some times, especially in this terrain, so we were out of it before me and Scott ran.

All results and maps from WOC are online here

Bellmanstafetten
Yesterday I ran my first race for Enhörna athletics club in the annual 5*5km race in Stockholm. I ran the last leg, passed 2 teams near to the end to take the victory. There is a nice write up here (in Swedish).
Posted by gg at 28.8.11 No comments:

Exciting few days! 4th at WOC and Scotland for WOC 2015 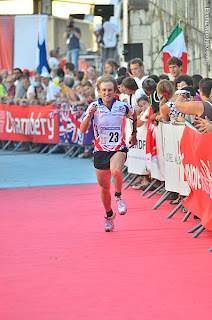 On Tuesday I achieved my best ever individual result in orienteering, finishing 4th in the World Orienteering Championships sprint distance in Chambery, France. I ran a safe qualification race in the morning, finishing 8th in my heat (with 15 to qualify), without exerting myself too much. In the final, I had a near perfect race, and paced it perfectly to pick up positions in the last few hundred meters to get myself into the top 6 for the first time.
Apart from 2 bad route choices (to the 10th and 14th), where I lost a couple of seconds each time, I had a clean race with no mistakes or even real hesitations. I really enjoyed running through the crowded streets and narrow alleys, and I was able to push myself hard all the way.

Many people have asked me if I am disappointed to miss out on a medal, but I am really happy to have performed to the best of my ability in a World Championships final and taken 4th place! The medal will just have to wait for now :).

Here are my route choices. 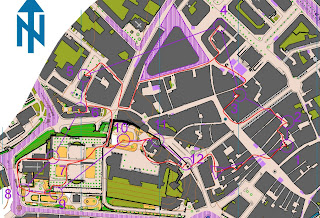 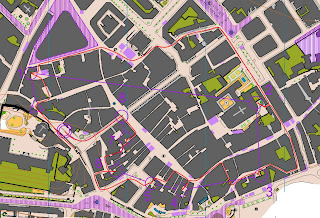 The result is especially satisfying as I have had a poor season due to several injuries, and I was not confident in my physical shape in the build up to the championships, but my preparations in the last weeks were good, training hard with my team mate Scott Fraser. He had a great chance to fight for a medal in the race, but was screwed over by a qualifier disqualification debate, only finding out he could even run the final less than an hour before the start, and then having to run through all the crowds as the marshals in the town didn't know he was running after the main start block.

Today it was announced that the World Championships will he held in Scotland in 2015. This is really exciting news, and hopefully will provide a real boost for UK orienteering at a time when funding for sport (especially non-olympic) is being dramatically reduced. Details here.